If you feed a kitten on your holiday in Ibiza, fall in love and want to take it home, find a sick cat on the street, or regularly look after some of Ibiza’s Very Important Cats (VICs), help is at hand from Care 4 Cats Ibiza… 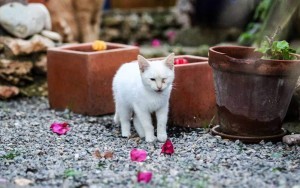 We are also involved in other areas in our ongoing mission to help and improve the lives of Ibiza’s street cats.

We are funded entirely by donations, and consists solely of volunteers.

Here we have a short film made by the Stuart Halbert foundation, who are kindly supporting our efforts in Ibiza, after seeing the work that we do on a daily basis. 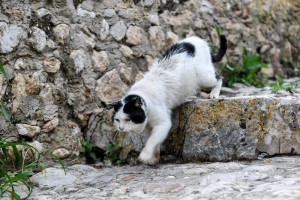 Ibiza is known for her glamorous night clubs and laid back lifestyle; her stunning turquoise seas and incredible eateries frequented by the world’s VIPs.

But Ibiza is also home to thousands of homeless cats, and these beautiful VICs (Very Important Cats) experience a much darker side of life…

Some are born wild, unneutered tom cats stray far from home, and many are heartlessly abandoned when summer ends and their ‘owners’ move on.

They roam the streets and the countryside struggling to find food; are regularly poisoned, at best ignored and sometimes even hunted.

They produce litter after litter, only to get run over or die of sickness, malnutrition and sometimes cruelty.

People trying to help the cats are often targets for abuse themselves, and there is a lack of education in terms of cat care and welfare. Many are left to die on the streets, with only Care 4 Cats Ibiza to help.

We have neutered over 16,000 cats in 15 years and are seeing huge improvements, but our costs are not sustainable.

Care 4 Cats Ibiza are appealing to raise €300,000 to buy our own veterinary clinic – the Eivissa Animal Centre, to carry out our neutering work in a more cost effective manner, ensuring that it continues. 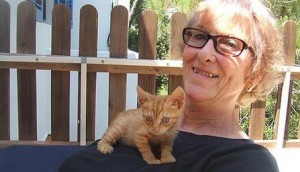 1999 – In 1999 Angela Collins looked out of her hotel window and saw a bedraggled white cat; crying for food and water with dirty, matted long hair…

The breakfast buffet was robbed of ham and Angela phoned the RSPCA International as her hotel had no interest.

A kind lady named Wendy Calavalle came and took the starving cat to her vet, and a quick conversation told Angela that this was one of thousands left to their own devices to live or die in large colonies, sometimes made up of hundreds of cats.

There was no organised help available and because the colonies kept growing, poisoning was rife. A tragic end for many of the cats was commonplace.

2000 – In 2000 Angela founded Care 4 Cats Ibiza, and a team of vets, nurses and one trapper came to Ibiza. In 10 days they trapped, neutered and returned over 300 cats, and have returned twice a year since.

For some years the charity worked in a disused veterinary clinic, until the authorities deemed it illegal. For the past 8 years we have used local vets, thus doubling our costs.

Today – Neutering campaigns remain the only humane solution, and our work must continue until the situation has normalised.

Since 2000, 16,000 cats have been neutered, saving countless more from endless procreation and unnecessary suffering.

We are already seeing vast improvements, reducing the size and improving the health of hundreds of colonies, but if we stop things will quickly deteriorate.